Angus Dundee Distillers, owners of Tomintoul Distillery, are delighted to be the successful buyers of the world’s largest bottle of single malt scotch whisky.

The record breaking bottle of Tomintoul 14 Year Old was filled by the distillery team back in 2009 and at 1.5m tall it holds an impressive 105.3 litres of spirit, which is equivalent to 150 standard bottles of whisky.

The bottle was originally commissioned by two local businesses, in a bid to bring more tourism into the Tomintoul area, and the whisky was donated by the distillery, to support the local community. It was filled at Tomintoul Distillery, under the supervision of the Guinness World Records, and was then moved to the village of Tomintoul to be on display. It spent a brief period in Edinburgh at The Scotch Whisky Experience, before returning to the village in 2014, where it has been an important feature in the area ever since.

Tomintoul Distillery Director, Robert Fleming, said “We are absolutely delighted to have this unique bottle of 14 Year Old back at the distillery, where our team filled it 10 years ago. As a world record holder it’s a unique part of whisky history and an important chapter for Tomintoul Distillery.”

In the next few weeks the bottle will be transported back to it’s original birthplace to take pride of place at the distillery, where it will soon be on show for visitors to see. 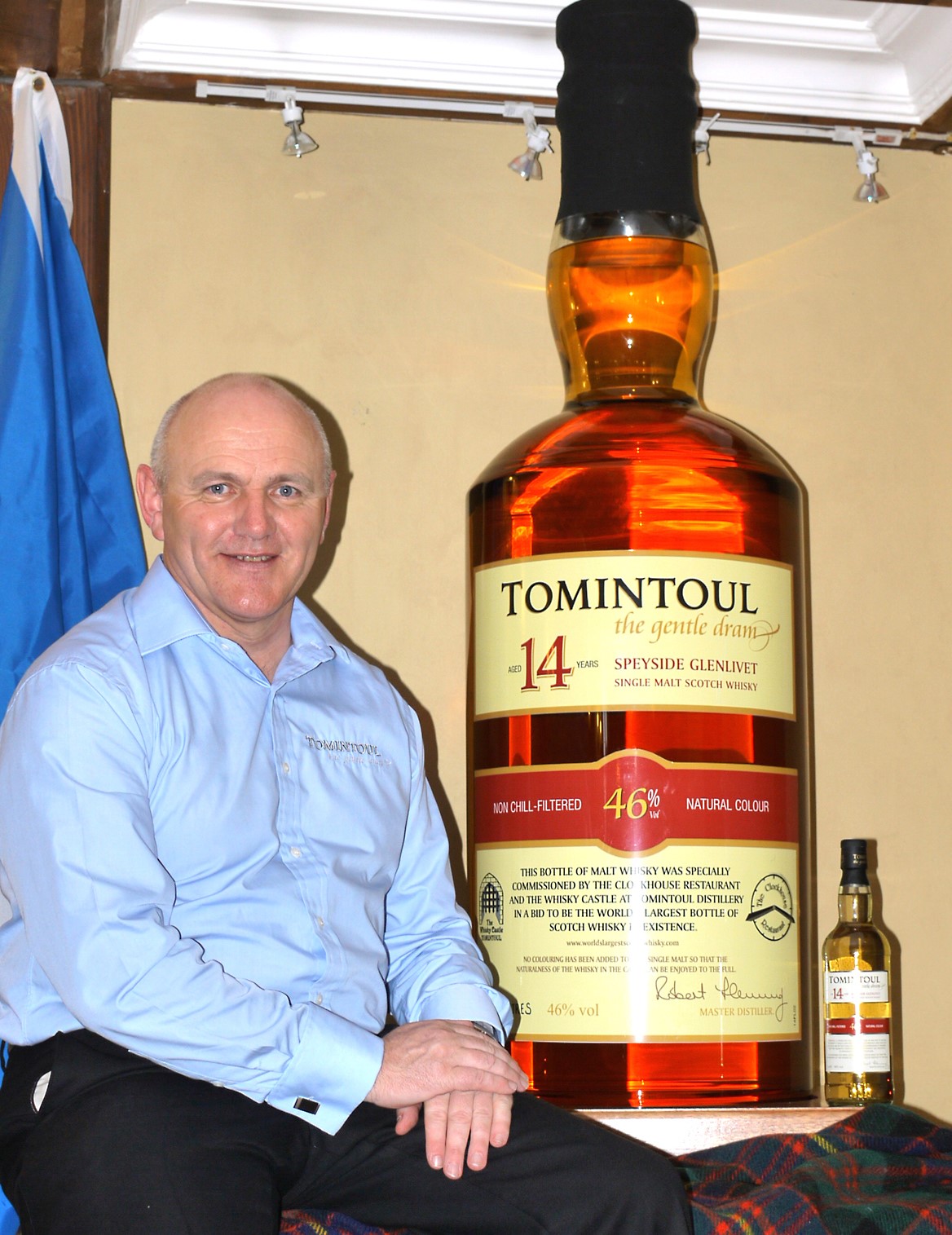 @AngusDundee: #TomintoulDistillery are delighted to announce the release of a brand new expression. "Tomintoul Cigar Malt" is a r… https://t.co/x2pyhw6JbD

@AngusDundee: @TomintoulWhisky are delighted to announce the release of a brand new expression. "Tomintoul Cigar Malt" is a rich,… https://t.co/dVj7typ1xH